Interview with Tom Horvath on Food, Addiction, Cravings and Being Human 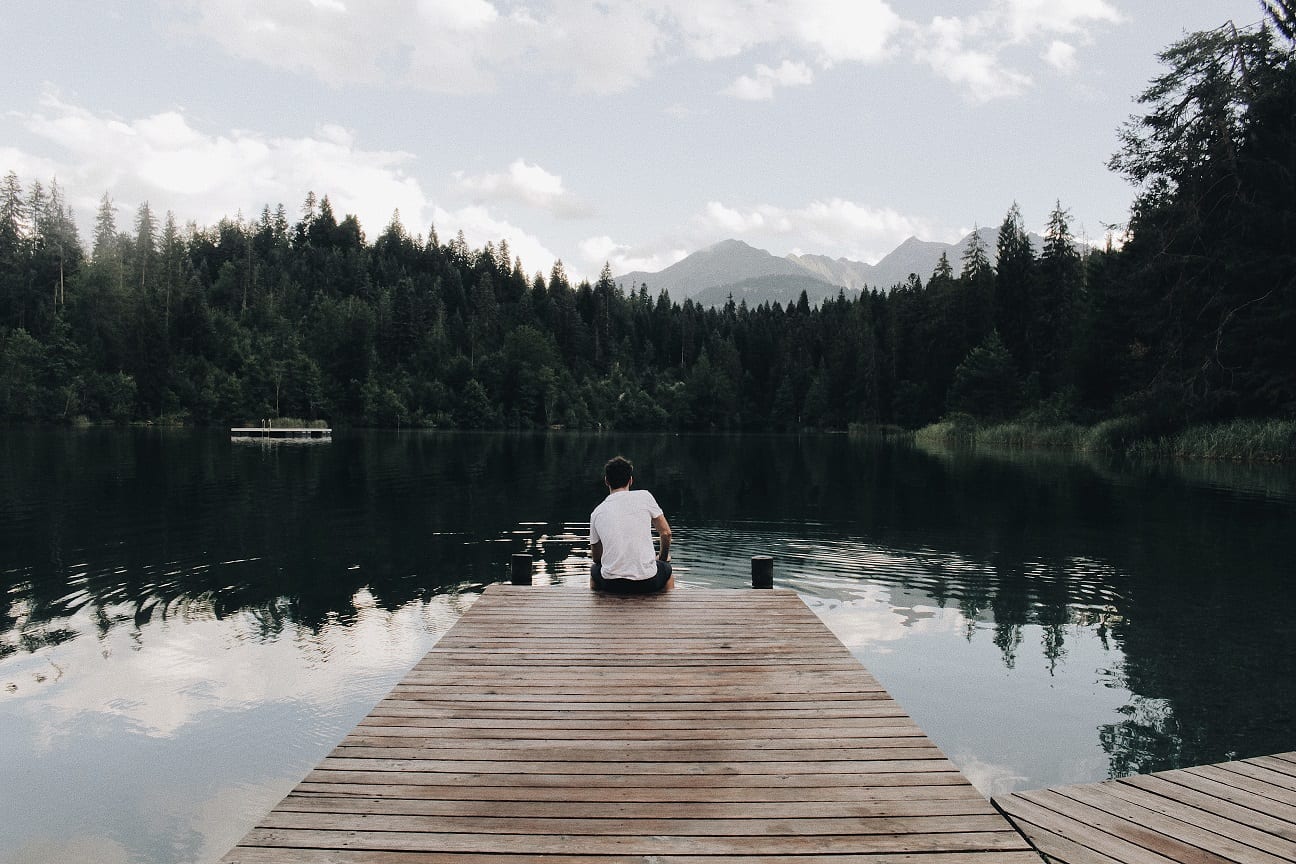 Tom Horvath, PhD, is a clinical psychologist who has led the way in creating and implementing science-based approaches to helping people overcome addictions of all kinds.  He was one of the founders and President for 20 years of SMART (Self-Management and Recovery Training) Recovery, an international recovery group that uses Cognitive Behavioral Therapy and Rational Emotive Behavioral Therapy to help people address any kind of behavior they wish to change, from drug addiction to overeating to gambling and beyond.  Standing in sharp contrast to the dominant 12 Step paradigm that has dominated addiction treatment, SMART’s approach is more in line with psychotherapy techniques that empower the individual to use their rational brain to overcome addictive cravings and problematic behaviors.

Dr. Horvath earned his PhD in 1981 from the California School of Professional Psychology.  He went on to serve as a Navy psychologist, then went into independent practice and founded Practical Recovery in 1985, a treatment center that offers a self-empowering alternative to the 12 Step and disease model of addiction treatment.  He is the author of numerous academic articles, as well as the popular book Sex, Drugs, Gambling and Chocolate, a practical workbook on how to overcome any addiction or problematic habit.

Dr. Horvath’s personal insights into the drivers of addictive behavior came from his experience with food.  Here, he shares his wisdom and experience on helping people make dietary changes that last.

How did you become interested in changing behavior as it relates to food?

I think there are three fundamental addictive human behaviors: food, sex and wanting attention.  They’re all survival behaviors.  At different times in my own life I’ve had to consider my behavior around food, sex and seeking attention and have wanted to modify them because I exceeded some limits that became important to me.  Some of that happened before I became a specialist, and some of it’s happened afterwards.  I believe that almost everybody has to make an effort in these areas because if we do whatever our impulses might be without checking them at all, most of us would probably get into trouble, and some of us into serious trouble.

When I was writing my workbook, Sex, Drugs, Gambling, and Chocolate in the late nineties, I was also engaged in what’s called Calorie Restriction, which is a practice of eating fewer calories while maintaining adequate nutrition for the purpose of extending healthy lifespan.  All of the techniques that you use to address any addictive behavior, you use to approach Calorie Restriction.  So while most of my readers were using the techniques for substances, I was using for myself for food.

The most important things in changing a behavior are to be clear about what your long terms goals are and to understand the nature of cravings. Here are the three essential facts about cravings:

Those are also the foundations of exposure therapy for anxiety.  Anxiety is time limited, doesn’t hurt you, and doesn’t cause you to do anything.

A good example of the efficacy of a clear goal is how very few patients, apparently, cancel a scheduled colonoscopy because they can’t fast.  The craving for food is the most primal of urges, and if someone has a colonoscopy on Tuesday, they can’t eat from Sunday to Tuesday.  Yet you never hear of someone cancelling because they couldn’t fast.  So I ask, “How did you get through Monday?”   I have never heard of a colonoscopy being cancelled because a patient had to have lunch on Monday.  That I take to be evidence that when something is very important to us, we can cope with craving.  If it’s not the importance of getting a colonoscopy that provides the motivation to overcome the most basic craving for food, it’s the fear of being embarrassed in front of the medical staff!

Limiting ourselves is part of the human condition.  With respect to food, sex and attention, the environment used to limit us, so you didn’t have to have to have as much self-control.  There was only so much sex, food and attention you could get.  Now with a radically changed environment, we all need to manage our cravings.  The key is to manage our environments so that they manage us, making it easiest to make the choice that’s in line with our long term goals.  You can’t manage the overall food environment, so you have to set up some rules around your own environment and take some responsibility for your behavior.  If you act every time you have a desire for food, you will become obese.

Question: What do you think about the role of social support in changing eating behavior?

Where I live and practice in San Diego, we do have one SMART Recovery meeting devoted to eating issues.  When I attend a SMART meeting and am not facilitating, I like to be a real participant, so I talk about food.  Social support is largely about creating a social environment in which to engage in a healthy behavior or not engage in a behavior you’re trying to avoid.  I could picture a group coming together and saying “we’re going to meet from 6 – 8:30 at night and not eat together” or  “We’re going to meet for lunch and not eat.”  I assume it’s easier to get through the hunger pangs if there’s somebody there with you.  I haven’t been to places that you go and deliberately lose weight – they used to call them “fat farms” – but my understanding is that at those places your portions and food choices are limited so the environment is controlled, and you’re with people who have the same goals in mind and are going through the same experience.

When I practiced Calorie Restriction, it was mostly a solitary pursuit for me.  In doing it, I came to appreciate in a much deeper way how food is part of social life.  It actually got to the point where I almost didn’t want to socialize.

Question: Can you say more about not wanting to socialize because of your food choices?

Most people’s relationship to food is: I just eat what I feel like.  That’s reflected in statistics on overweight and obesity.  There is a smaller percentage of people who restrict themselves in one way or another, either through reducing total calorie consumption, or eliminating or reducing certain food groups.  That difference can make it harder for the one group who restricts to eat with the large part of the population who eats whatever they want.  While I’m not as strict as I once was, I still restrict my eating for health reasons.  My current health plan involves usually eating only one meal (dinner) a day, as well as not eating or limiting foods I consider less than healthy.  As to socializing, here are  some options I’ve found useful:

Food is definitely a difficult issue in relationships.  If you live as I do with a spouse, every time the eating plan changes, it becomes a relationship challenge.  How do we still share a meal together?  Some people are willing to be oblivious to those pressures, and we all pick our own comfort zone.

Life is full of tradeoffs.  For example, I would like to get to bed between 9:30 and 10:30 every night.  I also love to go to live theatre.  Last June my wife and I took a trip to New York.  We saw seven Broadway shows in six days.  You can go to matinees and we do that sometimes, but this time I stayed up late for days in a row.  I like to see live theatre at home, so probably once a month I don’t get to bed as early as I would like.  As with food, I’m making a choice that involves a trade off.

Question: You’re known as an expert on what’s called “urge surfing,” finding a way to make it without giving in until a craving passes.  Can you give us some advice on urge surfing?

Partly it involves preparing.  It’s important to know that your craving is going to happen at certain times.  Make a list of reasons why you’re not giving into the craving.  In my workbook, I go into great detail on all these coping-with-craving techniques.

In substance addictions, the cravings tend to die off after about ninety days.  Genuine hunger, however, never dies off.  Any technique that works for addictions can be helpful with food, but the primary ones involve distraction and avoidance.  If I need to answer emails, I don’t sit in the kitchen with my laptop: I go to another part of the house.  Be as active in some other pursuit as you can.  Cravings pass when you’re engaged in an alternative behavior.

Question: What about things like sugar cravings, that seem to mirror cravings for addictive substances even in the absence of true hunger?

The kind of impulsive “I’ve got to have that cupcake” craving does seem to go away.  I’m not even tempted by that anymore.  On the other hand, I do get truly hungry or find that I’ve eaten all my calories and I still want more.  Specific food cravings do seem to die off, although they will still flare up at times.  Actual hunger will never go away.

Question: Do you find that having a routine helps maintain an eating plan?

Yes, except that the degree of strictness of the routine will vary.  It is useful for everyone to have a routine because their eating should become habitual.  Reducing the number of times when you have to make a decision about what to eat, when to eat, or whether or not to eat helps.  For some people, however, if the routine is too strict, they slip into psychological reactiveness and rebel against the routine, almost like one part of them is rebelling against the other.  That’s why a lot of people need an escape valve such as eating in an unrestricted fashion (within reason) up to a few times a week.

Question: Is there such a thing as going too far, being too extreme?

For some people, food restriction is a method for protecting oneself from the social world, and that brings up its own problems.  It’s all a matter of what makes people happy with their own choices and goals.  While I respect people who eat the same number of calories every day and go to bed at the same time every night, I wouldn’t want to do it myself.

I deeply appreciate this opportunity to discuss together food challenges and substance challenges. I believe that if everyone understood that at times they have challenges with food (and sex and wanting attention), then there might generally be more compassion for individuals with substance problems.

I also believe that it is unlikely that the overall food environment is going to change much, so that developing increased self-control (which, again, can be accomplished by managing one’s immediate environment) will be necessary for anyone who wants to maintain weight and healthy eating goals.

Interviewer’s note: I became a Certified SMART Recovery Facilitator in 2016 and founded a meeting that served people coping with addictions ranging from heroin to shopping to alcohol to gambling, internet gaming, and food.  I used SMART tools to conquer my own addiction to ice cream – and it worked! 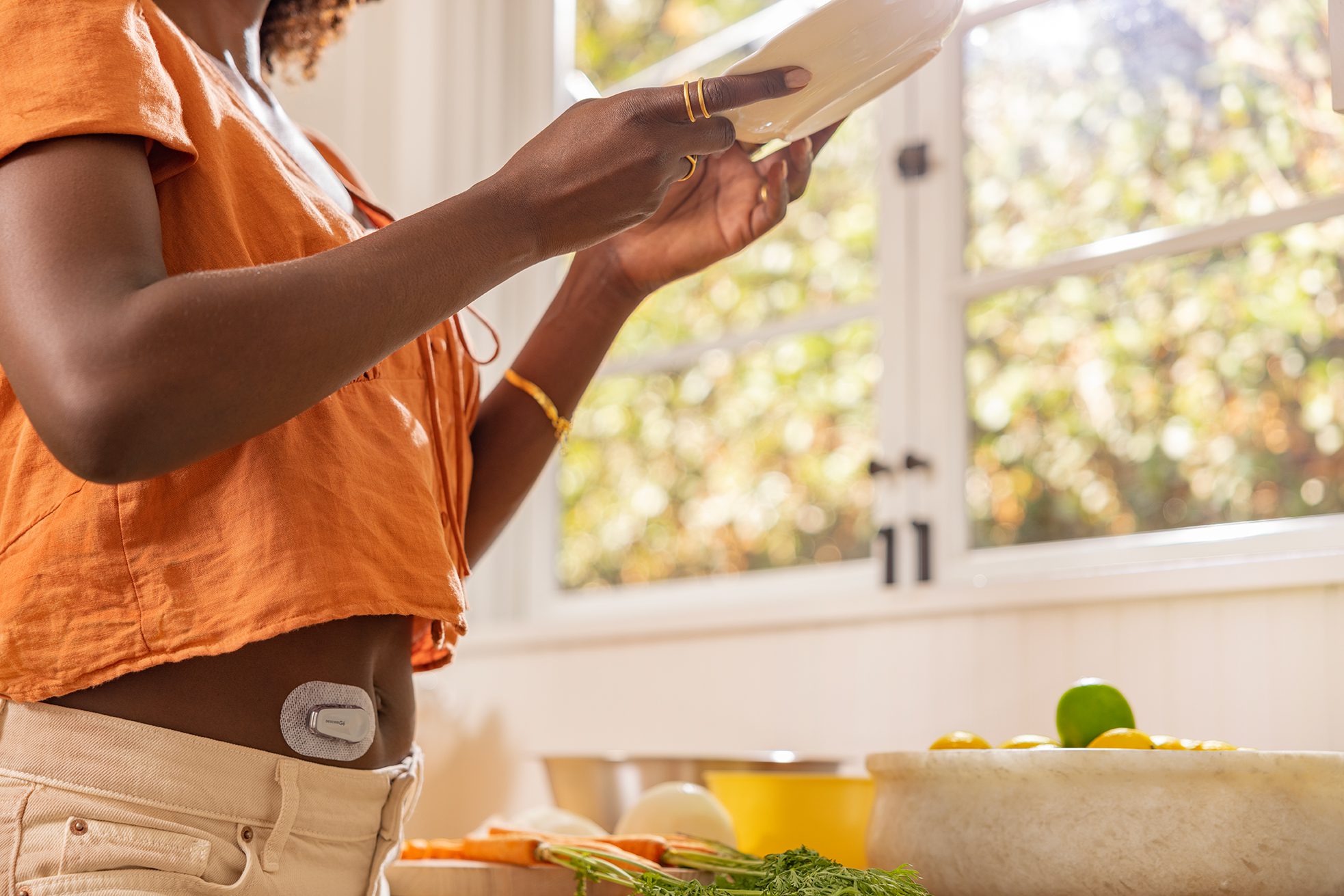 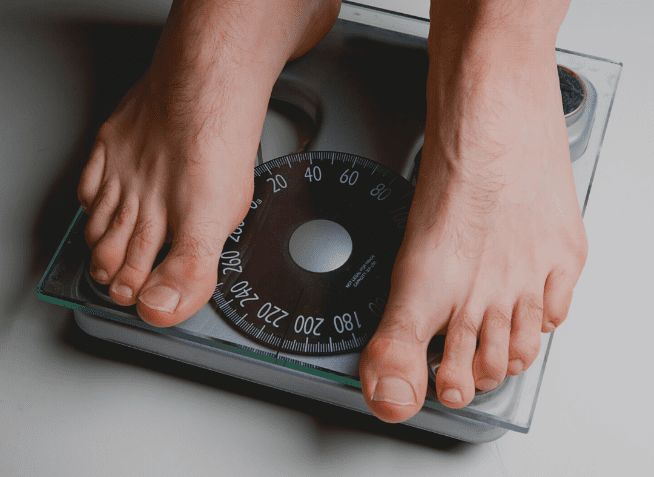 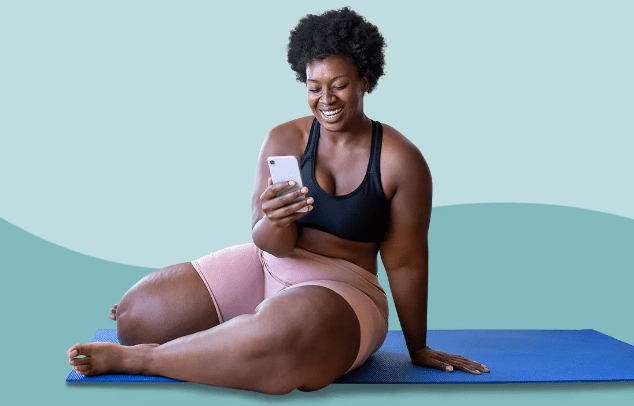 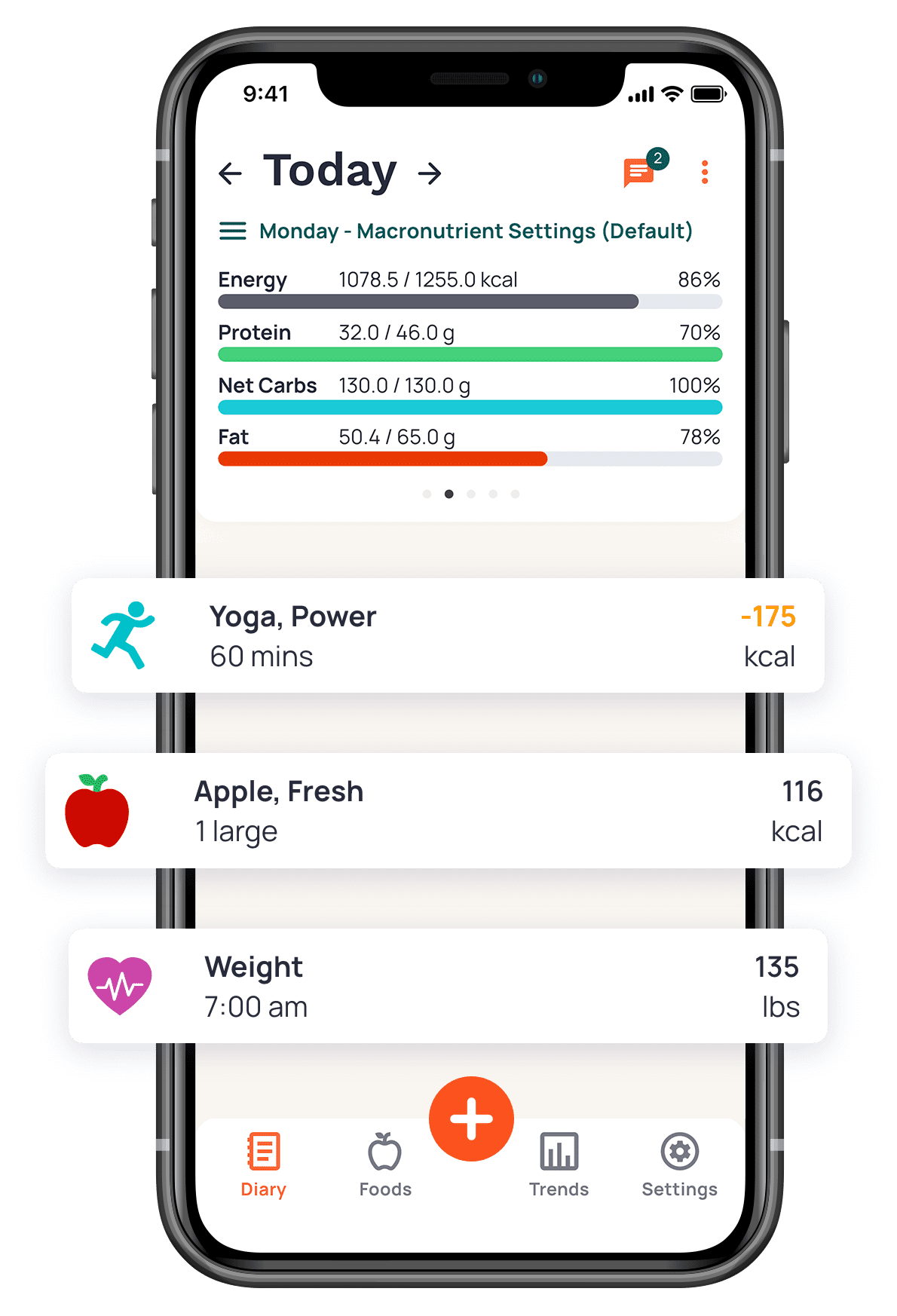